Robotics Industry to Shift from Fixed Automation to Mobile Systems

New market report forecasts that of the 8 million robots that will be shipped in 2030, nearly 6 million will be mobile.

The robotics market is set to transform over the next 10 years. That’s according to ABI Research, which notes that while there will be enormous growth across all subsectors, highlighted in a total market valuation of US$277 billion by 2030, that growth will not be distributed evenly. By 2022, the burgeoning mobile robotics space will start to overtake the traditional industrial robotics market. Currently, mobile autonomy is concentrated in material handling within the supply chain, but ABI Research’s new market report, “Commercial and Industrial Robots,” indicates that mobile robots are set to touch every sector of the global economy for a wide range of use cases. 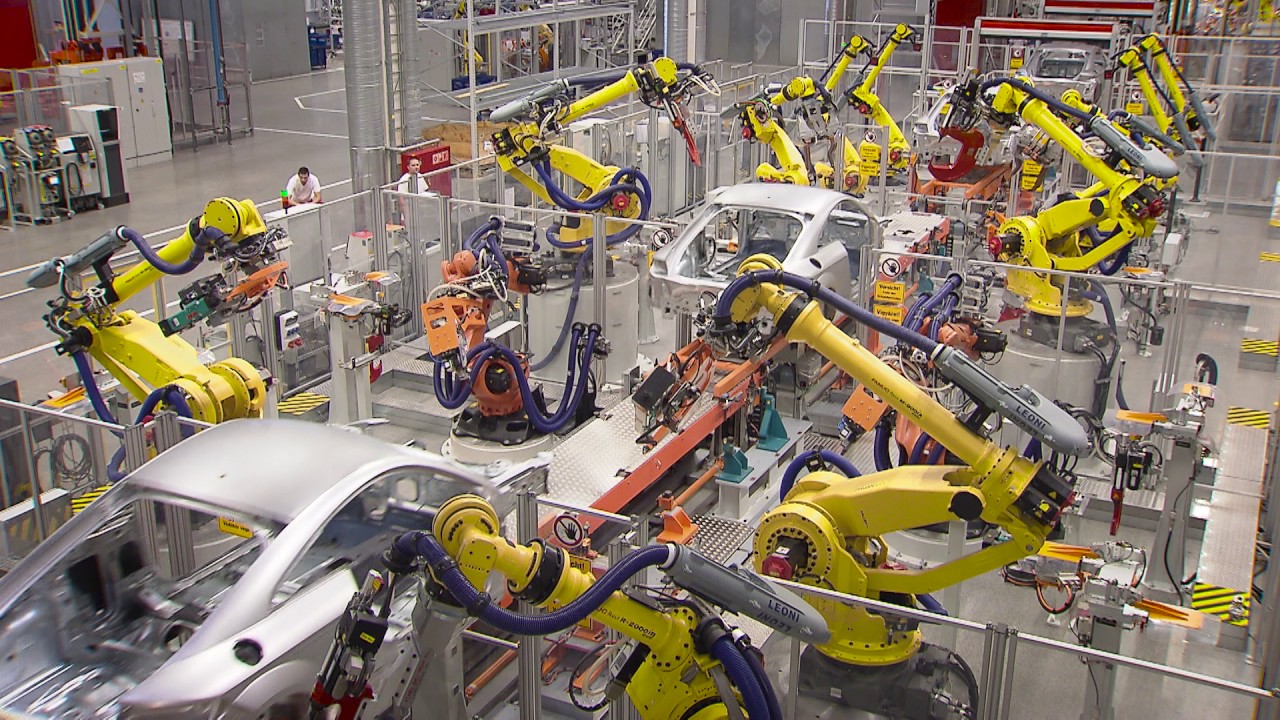 Says ABI Research, Amazon Robotics is the leader that has driven growth in mobile robotics for the last seven years since their acquisition of Kiva Systems. With an estimated 256,000 Automated Guided Vehicles (AGVs) deployed to date, Amazon holds close to 50% of material handling robot market share and is broadening its portfolio of robot subtypes with autonomous mobile robots for transport and delivery.

According to the report, other major AGV developers like Quicktron, JD.com, Geek, and Grey Orange are deploying thousands of robots yearly, while Automated Mobile Robot (AMR) developers are just beginning to scale up. Brain Corp. has deployed 5,000 systems primarily in retail, and BlueBotics has deployed some 2,000 robots for intralogistics in and around the supply chain. Meanwhile MiR, an AMR company acquired by Teradyne in 2018, is beginning to achieve growth rates in excess of the company’s other robotics acquisition of major cobot developer, Universal Robots. 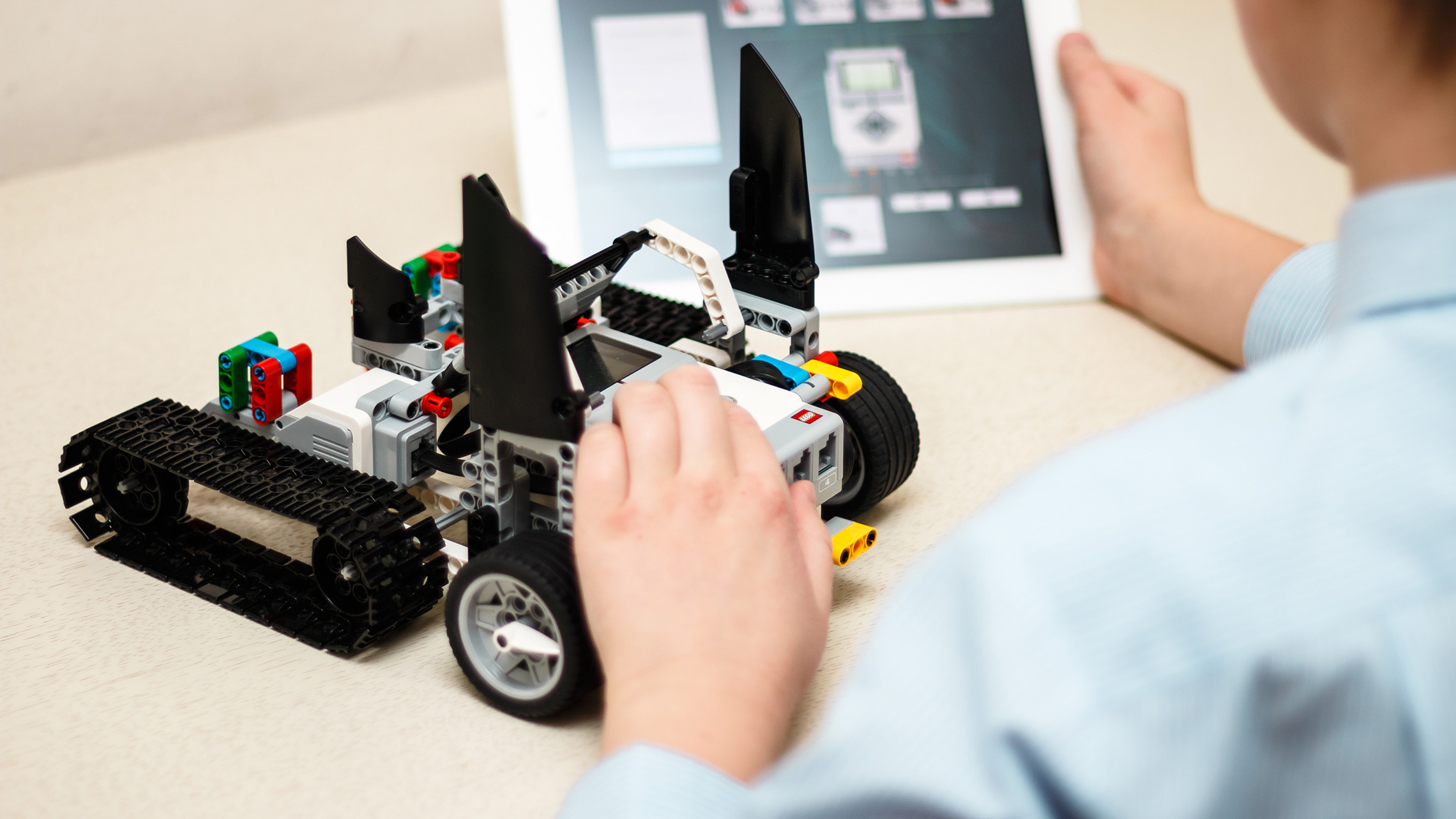 At PACK EXPO Las Vegas in September 2019, several equipment suppliers unveiled mobile robots specifically for the packaging industry. One company, Mobile Industrial Robots (MiR) showed off its range of AMRs, including its new MiR1000. With a payload of 1,000 kg, it can handle twice the weight of MiR’s previous models. The MiR1000 can automatically pick up, transport, and deliver pallets and other heavy loads through dynamic environments. Like its predecessor, the MiR500, the MiR1000 is a collaborative, safe, and flexible alternative to forklifts on the factory floor.

As evidenced at the show, some robotics suppliers have started combining their mobile and cobot technologies to create even more flexible manufacturing and improved operational efficiency. In one example, Columbia/Okura partnered with Universal Robots to develop miniPAL, a mobile collaborative system that can address a range of applications in machine tending, palletizing, and packaging. The mobile setup makes it easy to move and redeploy the cobot to new processes.

Omron exhibited what it calls an autonomous mobile manipulation solution—it integrates self-navigating LD mobile robots with Omron’s TM cobot arm. It’s a proof-of-concept demo that lets cobots move easily to wherever they need to be, making it useful for tending and resupply of things of materials or cases.

Kuka Robotics has taken a similar approach, mounting cobots on top of mobile robots and setting them to work together in a collaborative system. Its KMR iiwa combines its LBR iiwa lightweight robot with a mobile, flexible platform. As demonstrated in Kuka’s booth, the system adapts easily to changing manufacturing processes to optimize production. The robots can communicate with each other to more easily work together as a complete system.

According to ABI Research, the distinction between AGVs and AMRs can be contested, but AMRs do not require external infrastructure to localize themselves and are built with sensors and cameras to self-navigate their environments. Currently, AGVs represent the majority of mobile robot shipments, but by 2030, this will change. While there will be 2.5 million AGVs shipped in 2030, the total shipments of AMRs will reach 2.9 million in the same year. This is due to the declining costs of superior navigation and the desire to build flexibility into robotic fleets. “Many new verticals, like hospitality, delivery, and infrastructure, will demand systems that do not require external physical infrastructure to move about. While AGVs will thrive in intralogistics for fulfillment, especially in greenfield warehouses, AMRs solve the challenges faced by many end users by offering incremental automation that does not require a complete change of environmental infrastructure,” ABI Research’s Whitton explains.

In a major example of automation extending to new and important vehicle types, the shipments of automated forklifts are set to grow from 4,000 in 2020 to 455,000 in 2030, with a CAGR of 58.9%. Meanwhile, the revenue for all mobile robotics is expected to exceed US$224 billion by 2030, compared to US$39 billion for industrial and collaborative systems.

Even more esoteric form factors, like quadrupeds, are expected to increase significantly for data collection purposes, particularly for real estate, construction, and industrial inspection. ABI Research predicts that quadrupeds will increase to 29,000 yearly shipments by 2030.

“As mature sectors of the robotics industry achieve growth more in line with established technology markets, mobile robotics are set to create lasting transformative effects across the supply chain and will become increasingly ubiquitous throughout the global economy,” Whitton concludes.